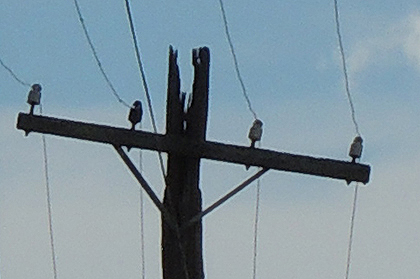 Most people are unaware that they own the power lines that feed electricity from the poles and wires on the public roads to their house — and are therefore responsible for their safety and maintenance.

Safety even extends to managing trees around the lines. Under law, the owner may be considered a ‘works owner’ and must ensure that all trees and other vegetation is kept at least half a meter away from the powerlines (whether they’re their trees or not).

This general lack of awareness hasn’t been helped by the fact that the legislation which covers the ownership and responsibility for these lines (known as services lines) – the Electricity Act – has been amended several times over the last couple of decades.

Even experts within the electricity industry can struggle to arrive at a definitive position on exactly where responsibility lies for any individual service line.

Decades of neglect of privately-owned poles and wires have substantially raised the risk of harm to people living, visiting, or working near power lines.

Like most of the utility services that come into a house, home owners don’t tend to take much notice until something goes wrong.

In the case of water pipes, sewerage or telephone lines this is a nuisance but is unlikely to put anyone in immediate harm’s way.

But with electricity there is a real risk to people’s safety when the lines or the poles that support them fail.

Live lines on the ground are a potentially fatal hazard to anyone who comes in contact with them, as well as the structural hazard posed by rotten and decaying poles falling over.

Ideally, the home owner would behave like a professional asset manager and undertake or commission regular inspections, and if necessary order repairs or replacement.

Of course the typical home owner doesn’t do this – most often because they aren’t aware they have to.

Electricity lines companies, via the Electricity Networks Association, have been speaking to the government and officials for many years about their very real safety concerns around lines and poles on private land.

While the industry doesn’t have a magic bullet solution, it does know that not only are the current arrangements unsustainable, but that these service lines will pose an increasing risk as they age.

Government agencies have started to show a commitment to finding a solution – one of which might be to redefine the point of supply from which point the ownership and responsibility for maintenance sits with the home owner.

At present this is largely defined as the point at which the lines cross the home owner’s boundary line. This may be changed to the point where the electricity enters the house.

In the interests of safety, both industry and the government are keen to clarify and resolve the issue, but this may still be at least a year or two away.

Any transfer of responsibility from private land owners to lines companies must be accompanied with waivers from liability for any failures until the lines can be inspected and brought up to standard.

How lines companies can recover costs is another important factor that would need to be resolved with the Commerce Commission, which regulates natural monopolies.