Our history - a brief overview

This page provides a brief overview of how our association came into being, from the early days of electric power boards to the current structure we have today.

In the late 19th century in New Zealand, electricity was just a curiosity because a lot of the things we use it for today hadn’t been invented yet. It was mainly used for street lighting in the cities.

The first generation plant where power was transmitted to a remote location was established at Bullendale in Otago in 1885, to provide power for a 20-stamp battery at the Phoenix mine. 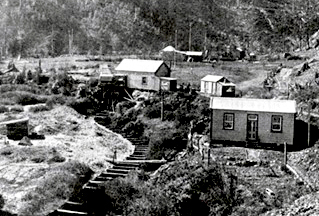 Reefton on the West Coast became the first electrified town in 1888 after the Reefton Power Station was commissioned, while the first sizable power station—the Horahora Power Station—was built for the Waihi gold mines on the Waikato River.

From 1912 to 1918, the Public Works Department issued licenses for many local power stations. By 1920, there were 55 public supplies, with 45 megawatts of generating capacity between them.

The Electrical Supply Regulations came into force in 1915 and this was followed by the Electric-power Boards Act 1918.

The Act also enabled power boards to be created with representatives from individual areas in the electricity district. The boards had to get approval from the Government to build generation, transformers and other assets.

The first power board was generally thought to be the Southland Electric Power Board established in December 1918.

The Association of Electric Power Boards was formed in 1922 and held its first conference in September that year. According to the book, The Grand Electrification of the South, there were 23 power boards in 1922 and another 10 under development, covering about half the area and population of New Zealand.

By 1924, other territorial supply authorities were included.

The Electric-power Boards Act 1925 revised the 1918 Act and clarified and modified some aspects. It came into force on 1 April 1926. Every candidate at a power board election deposited three pounds (about $300) with the Returning Officer. You got it back if you received more than one eighth of the votes.

According to the book Power to the People, the first electricity industry association was officially established in July 1923 with various constituent parts. It was called the Electric Power Boards and Supply Authorities Association of New Zealand and was set up as “a Body Corporate to empower and protect the interests, rights and privileges of electric power boards and other local authorities supplying electrical energy”.

The photo below shows attendees at the first annual conference of secretaries held in January 1926. It would seem consensus was reached whether the photo should be hats on or hats off. This could be the first example of electricity industry collaboration. 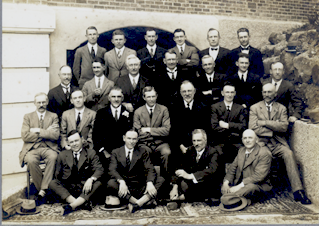 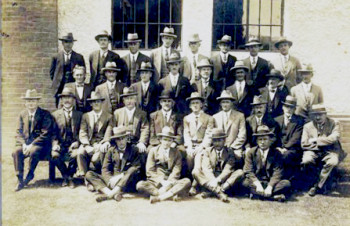 Possibly the second secretaries conference, with numbers
having grown to 30 delegates and the hat issue finally resolved.

As the country emerged from the economic depression, the talk was all of load building – selling electricity in a situation of perceived surplus with extra units available at little marginal cost. For example, the hydro-electric branch of the Public Works Department used advertisements like the one below in 1936–38. 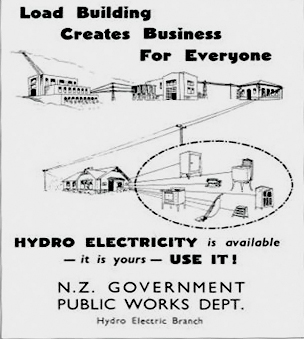 Electricity has always been a robust environment.  Many of the topics discussed in the 1930s are still being discussed today.

The cartoon below shows Bob Semple, Minister of Public Works, during the 1930s and 1940s.

By the 1980s there were two associations – the Electric Power Boards’ Association and the Territorial Electrical Authorities’ Association. These co-existed within the main national organisation, often with tension between the two forms of supply authority.

In 1985, the two associations decided to cease operating and leave industry affairs solely with the Electricity Supply Authorities Association.

A law change in 1987 dropped the term “authorities” and the entity became the Electricity Supply Association of New Zealand (ESANZ), representing only the interests of retailing and distribution, not transmission and generation.

The photo below shows the 1983 conference of the Electricity Supply Association attended by Bill Birch, who was Minister of Energy from 1978 until 1984. He was closely associated with Think Big. The speaker may be Barry Leay, who was a director of the National Party in the 1970s. He migrated to New Zealand from the UK in 1968 was remembered as an enthusiastic, larger-than-life character. He died in 2012. 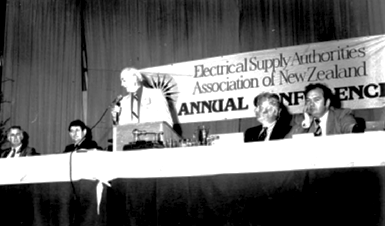 One of ESANZ’s founding directors was Mike Underhill, who is still involved in the sector today as a director of Network Waitaki, Electra and The Lines Co.

Another significant milestone in the electricity sector was the Energy Companies Act 1992. This enabled power boards and supply authorities to change themselves into limited liability companies and issue shares. This enabled approximately 80 electricity companies in towns and cities to demutualise and give away shares to their consumer owners, and merge or buy each other. Within a few years, the number of power companies had been cut by half.

In 1998, another significant change to the sector came with the passing of the Electricity Industry Reform Act. It separated the generation and retailing of electricity from the distribution of electricity. In other words, companies could either generate and sell power, or distribute it. They couldn’t do both. As a result, most of the energy companies (former electric power boards and municipal electricity departments) were forced to choose their future business model.

The Electricity Networks Association was incorporated in late 1998, after the significant changes brought in by the Electricity Industry Reform Act 1998.

ENA solely looks after the interests of the electricity distribution companies, and represents all 27 lines companies which operate the poles and wires delivering electricity to every region across New Zealand. See how we fit into the wider electricity system.

Or strategic focus is climate, customers and collaboration. The ENA is helping deliver a low-carbon future for New Zealanders — a future based on reliable, safe and affordable electricity networks.

Read more about how we are planning to do this on the Powering up for change website. 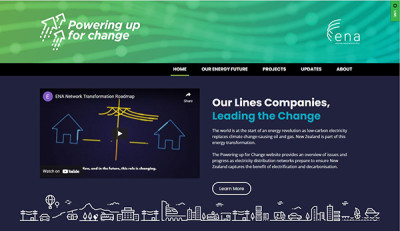 ENA today is a forum for coordination and engagement. Our members participate in a range of working groups – for example, smart technology, regulatory, consumer engagement and distribution pricing – with ongoing work programmes associated with these groups. 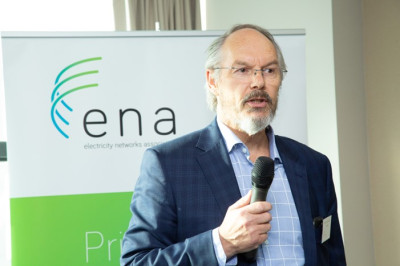 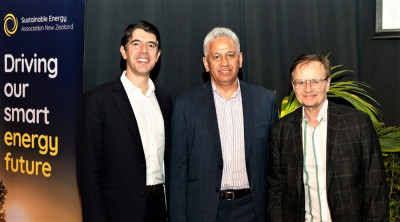 We also engage regularly with consumer representatives through our consumer reference panel and with key industry stakeholders via our stakeholder liaison group.

An early meeting of the ENA Consumer Reference Panel in 2019

The ENA is also a platform for engagement with government and politicians from all parties and we have regular discussions with the Minister of Energy and Resources, other ministers and members of Parliament.