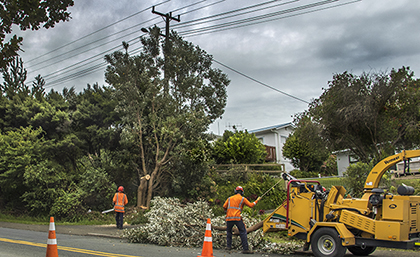 A long-awaited government review of the tree regulations has started.

ENA members have campaigned vigorously for the Ministry of Business, Innovation and the Environment (MBIE) to begin the review frequently postponed due to competing priorities, such as the coalition examination of electricity prices.

As a first step, MBIE in September instructed officials to coordinate a recommendation to Energy Minister Megan Woods on whether the ministry should prepare a public discussion document.

ENA is advocating strongly to the officials that a review of the regulations is a high priority over the next year.

Reviewing ‘the effectiveness’ of the tree regulations was flagged in the government’s infrastructure plan issued in 2015, and is meant to completed over 2017-19.

While the infrastructure plan was completed under the previous government, and the current government has upped the ante by establishing an independent infrastructure body, Minister Woods has indicated her support for a review of the regulations introduced hastily in 2003.

Trees cause significant disruption to networks, which results in outages for consumers and higher operating costs – they can add up to $120 a year to the average network charge paid by consumers.

ENA is wanting to replace the regulations’ prescriptive rules and introduce a modern risk-based approach. A possible model is the ENA’s excellent Risk-Based Vegetation Management Guide.