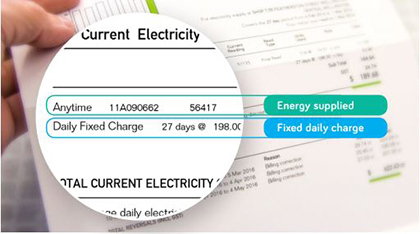 The Electricity Networks Association is calling on the Electricity Authority to bring forward its investigation into whether lines charge reductions have been passed to consumers – because clearly they haven’t.

This follows new data showing that price increases by generators and retailers have overridden the lines charge reductions introduced on April 1.

But a breakdown of the aggregate number shows that network charges fell 8.3 percent over the same period, to 11.09cents/kWh from 12.09 c/kWh.

“This appears to show that retailers have absorbed the $280 million in annual network charge reductions or, more likely, they are paying greater amounts to generators. Either way, the customer is seeing little or no savings.”

The Authority wrote to retailers on April 22, saying it had “heard and understood interest from network companies regarding whether (and to what extent) the network charge adjustments which took effect on 1 April 2020 passed through into the retail electricity market. As part of our ongoing market monitoring it is our intention to commence a review in October 2020 of how these network pricing changes affected retail pricing.”

ENA chief executive Graeme Peters said the EA did not need to wait until October to begin a review as the evidence was already available from MBIE.

“ENA members expect that network charge reductions would be passed to consumers, and were repeatedly assured by retailers that that would be the case. But the data doesn’t lie.

“ENA is not alone in expecting prices to fall. The Commerce Commission said in November, when it cut the allowable revenues of Transpower and most distributors, that consumers should share in the benefits of a lower cost of capital through lower prices.”